Another year has come to an end and for me, one of the highlights of every year is thinking back on tasty new recipes that I discovered. My boys can be picky eaters, so I spend some time every season looking for new creations that my family will actually eat. And the last year was full of delicious new recipe discoveries! 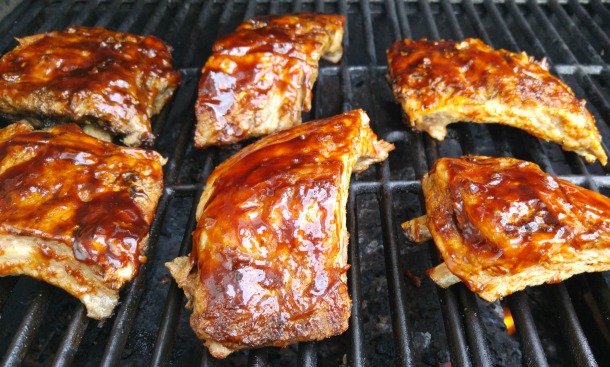 In the spring, I kicked off the recipe experimenting with Dr. Pepper Ribs and the meal became the favourite barbeque recipe of the entire family. The tender baby back ribs are precooked in Dr. Pepper and then slathered in a homemade sauce and barbecued. It’s pure mouth-watering goodness and the perfect way to kick off the start of barbeque season. And despite the tender, mouth-watering flavour, the meal is so much healthier than ribs in a restaurant! END_OF_DOCUMENT_TOKEN_TO_BE_REPLACED I received the LiteHawk Duo and the LiteHawk 2012 Collector’s Edition 6996 to review. I took a look at the Duo first. This helicopter is designed as a Search and Rescue unit and I loved the fact that it had a downward facing LED light to simulate the search light on a real rescue helicopter! END_OF_DOCUMENT_TOKEN_TO_BE_REPLACED

Have you always wanted to start a blog? Or maybe you already have a blog and want to give it a great new look that can help you take it to the next level? Well then you’ll want to keep reading because this giveaway is for you!

The ShesConnected Conference 2012 Ultimate Blogger Giveaway contains everything you need to start (or continue) an amazing blogging career, including a computer to manage your site with! This fabulous package is valued at over $2000 and contains: END_OF_DOCUMENT_TOKEN_TO_BE_REPLACED

Canada Day is quickly approaching and celebrating our nation’s birthday always makes me think about how lucky I am to live in such a beautiful and inspiring country. From towering mountains to sandy beaches, wide-open plains to deep, mysterious forests, Canada’s natural beauty is absolutely astounding. And to celebrate that beauty, ROYALE challenges Canadians to send in their best photographs each year for the annual ROYALE Canada Collection.

For the 2012 Collection, more than 9,000 photos were submitted and more than 500,000 votes determined the winners. And one of the honoured recipients was a woman from my own home province of Saskatchewan! Mrs. Julia Herperger was kind enough to join me for a brief interview so that I could get the inside scoop on her thoughts on photography and her winning picture: END_OF_DOCUMENT_TOKEN_TO_BE_REPLACED

A few weeks ago, I wrote a feature about the MyFord Touch system available in the new 2012 Ford Canada vehicles. Last week we got the chance to test out the system for ourselves when our family was able to review a fully loaded 2012 Ford Focus. This sleek little hatchback featured Active Park Assist and the newly redesigned MyFord Touch system with Ford SYNC by Microsoft and I couldn’t wait to try out the technology for myself. For the next week, the Ford Focus was our family vehicle and it was so much fun to see how far Ford has come in the last few years.

The first thing that we tested out was, of course, the voice controls. Zackary and Benjamin found this to be the most entertaining feature of the vehicle, especially since my husband had to repeat himself a few times as he was figuring out how the system worked. Listening to him say things at the wrong time or repeat a word more than once had them both laughing hysterically!

Once Curtis had spent a bit of time getting used to the system, though, it really did give him an incredible level of control just using his voice. I think the navigation system was the hardest feature to operate using voice since cities and addresses had to be pronounced so clearly and often sound very similar. Fortunately, the system has the option of spelling a city name or address for those situations!

My personal favourite feature of the MyFord Touch system was the ability to stream music wirelessly from my phone to the car’s stereo system using Bluetooth. Being able to listen to my favourite tunes without having to plug in a USB cord or put in a CD was so convenient. My husband’s favourite feature had to be the Active Park Assist. He loved putting on a big show while parking by holding his hands up in the air and waving to anybody that might be passing by, and his friends were completely amazed by how perfectly the car could parallel park itself with just the push of a button He used the feature every chance he had and I have to admit, the boys and I enjoyed it almost as much as he did.

A hatchback would not have been my first choice for a family vehicle and my husband agreed; we were actually wondering if the car would be able to hold all the grocery bags from our major monthly shopping trip. But as soon as I opened the hatch I could see that this was no ordinary hatchback! The hatch had just as much, if not more, room than a standard trunk because the storage space extended right under the rear seats. It almost felt like a magic trick to see that much storage space in such a small vehicle.

While our entire family loved the Ford Focus and its features, it’s not a car that would be my first choice for the primary vehicle of a family of four; it would make an incredible work or commuter car since it’s great on gas and the features make for a very comfortable ride, but the seating is a little crowded for regular family use.

If you’re looking for a small, fuel-efficient car that has all the latest features and will give you the ultimate safe and comfortable ride, check out the new 2012 Ford Focus. It’s a perfect little car for anyone that wants a compact, affordable vehicle with all the latest technology!

Disclaimer: I was loaned the 2012 Ford Focus media fleet vehicle for one week to review. All opinions belong to Mommy Kat and Kids and have not been influenced in any way. Please view full Terms and Policies.