With Halloween not far away, my thoughts are turning to creating costumes for everyone in the family. I find that the sooner I get started, the easier things are. I’m a big believer in making costumes whenever possible to save money. But sewing and gluing last-minute until the early hours of the morning can easily ruin one of my favourite holidays.

Luckily, I’m often able to find everything I need for an amazing costume in my own closet! Try these tips to help you turn your favourite dresses into fantastic Halloween wear! 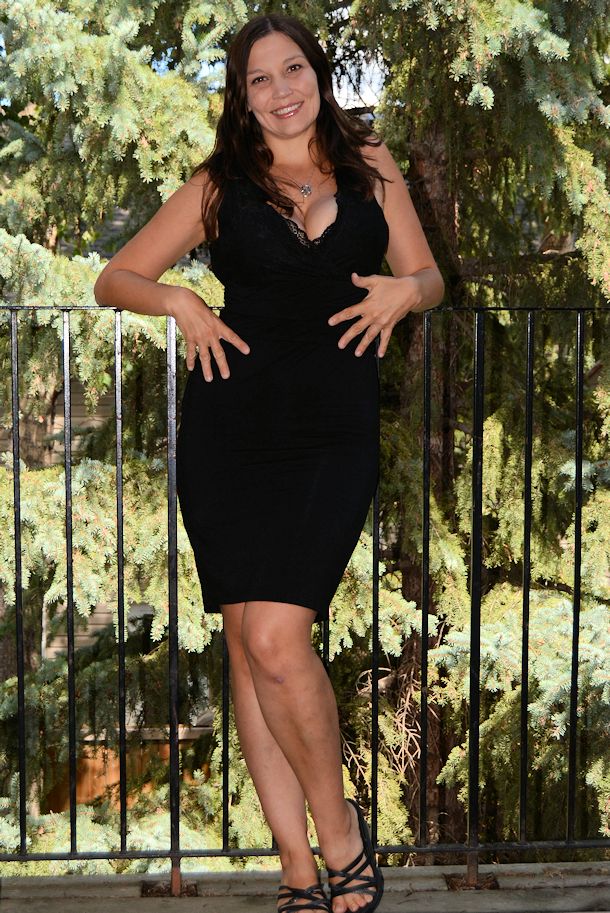 Using something you already own is a great way to make an environmentally friendly Halloween costume. Plus, of course, taking that approach will leave you with more money to spend on treats.

So, why not take that special occasion dress that you have not worn for years and turn it into a Halloween costume? After all, special dresses come in a huge range of cuts and styles, which makes it really easy to create a period-themed costume. END_OF_DOCUMENT_TOKEN_TO_BE_REPLACED

I’ve always been a fan of all the different holidays, and Halloween is a special favourite. I love creating fun homemade decorations, dressing up and handing out candy to the neighbourhood kids. And my boys love the fun of trick-or-treating and dressing up in fun costumes just as much! Last year, we took our costume inspiration from Avengers Assemble on Netflix Canada for our costumes and dressed as Iron Man, Captain America and Black Widow.

This year, both my boys have taken their costume inspiration from video games rather than television but personally, I’m thinking dressing up as Eleven from Stranger Things would be a fun and easy DIY costume choice! A pink dress, an oversized jean jacket, a white-blonde wig and sports socks would be all I needed to showcase this character from my new favourite Netflix exclusive series. Looking for a little inspiration for your own child’s look? Check out these three fun and easy DIY Netflix-inspired costume ideas! END_OF_DOCUMENT_TOKEN_TO_BE_REPLACED My youngest son received a Captain America costume about a month ago for his birthday and since that meant we already had the start of a theme, my oldest son and I decided to choose coordinating costumes. Luckily, Costume Express was there to help with an Avengers Iron Man costume for Zackary and a Black Widow costume for me! END_OF_DOCUMENT_TOKEN_TO_BE_REPLACED

The kids are back in school. Your schedule is almost all yours for at least a few hours every day. Coffee is sipped while still hot. Life is good.

Then…you have visions of Halloween. Before you start to panic thinking up ways to distract your 7-year-old long enough to keep her away from the Monster High costumes or trying to stomach blowing $50 for plastic masks and cheap fabric suits from a big box store, you ease back into that comfy chair across from your favourite pals and split another of those sweet chocolate brownies with them. There is magic in the air.

You look down into your nearly empty latte cup and realize that all of this Halloween costume craziness could be avoided this year. If only someone in your town would host one of those very cool costume swaps that everyone is talking about over at National Costume Swap Day Canada!

That’s when you pitch it to the smiling moms around you – “Let’s be the ones to host a costume swap!” END_OF_DOCUMENT_TOKEN_TO_BE_REPLACED One of the things that really amuses me about my boys is seeing the different fictional characters that capture their interest. When Zackary was younger, his love of Hot Wheels cars encompassed everything else but now that he’s in school, he’s discovered a whole world of fun characters to use for his games of make-believe and his brother is always right there to play along too.

Their latest favourite characters are Mario and Luigi. When they play, Bowser is around every corner, I am always Princess Peach and their father is affectionately referred to as Toad. Needless to say, I get a lot of enjoyment out of listening to them play! So when I got the chance to review one of the cute costumes from Costume Discounters, I knew I wanted the Child’s Deluxe Super Mario Bros. Mario Costume. What better accessory could there be for Zackary’s imaginary games?

The costume came with everything Zackary needed to complete the illusion. The one-piece jumpsuit and hat had Zackary excitedly playing Mario as soon as he put them on and when he discovered the gloves and fake moustache, he was ecstatic! Since the moustache was only good for one use, I decided to save it for Halloween and so Curtis used my black eyeliner to draw a moustache on Zackary instead. An inflatable belly completed the costume and had Zackary leaping around declaring, “It’s a me! Mario!” Costume Discounters also offers tons of other superhero costumes, occupation costumes and group costumes for both kids and adults. I had always planned on getting Benjamin a Luigi costume so that he and his brother could use them for playtime and Halloween, but I was blown away when I learned that the online store even has an adult Princess Peach and Toad costume so that Curtis and I can play along too if we want!

If you’re looking for the best selection of costumes for kids and adults at the lowest prices, you should check out Costume Discounters for yourself. And for costume discounts on Facebook, don’t forget to like the company’s Facebook page too! No matter what characters or occupations capture your child’s imagination, there is sure to be a costume to suit him at Costume Discounters!