If there are two things that my boys absolutely love, it’s building sets and cars. My oldest son’s love of Hot Wheels is something that almost consumed our house at one point, and while he’s moved on and expanded his interests a bit since those early, car-obsessed years, we still have a huge collection of cars and tracks filling the house. 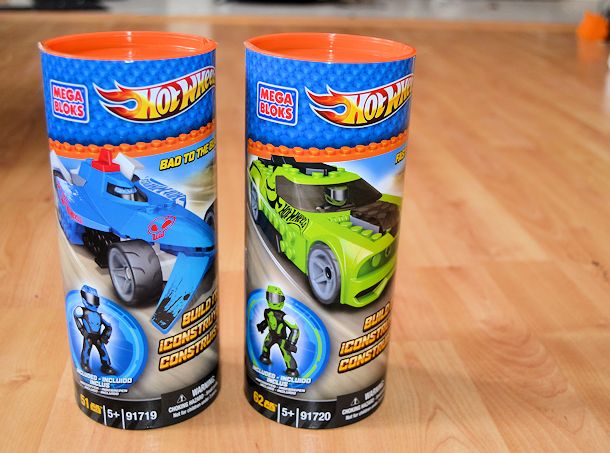 And as soon as Zackary got a little older, building sets became his next great passion. From complex multi-piece sets to simple collections of one or two miniature characters, he would happily spend hours either building the sets according to the instructions or reinventing them to create his own devices.

So when I saw the new Mega Bloks Hot Wheels Turbo Tubes, I knew that my boys would be thrilled to give the sets a try. We received two of the Turbo Tubes sets to review and each boy sat down to build one after school one day.

Benjamin isn’t quite old enough to put together a set like this on his own, so I helped him assemble his race car. Zackary worked from start to finish assembling his car, which was at a perfect skill level for a seven-year-old.

The boys liked the building process, but they liked playing with the cars even more! I think the fact that the cars included a race car driver and a top that opened and closed so the racer could ride around inside made the toy especially appealing. 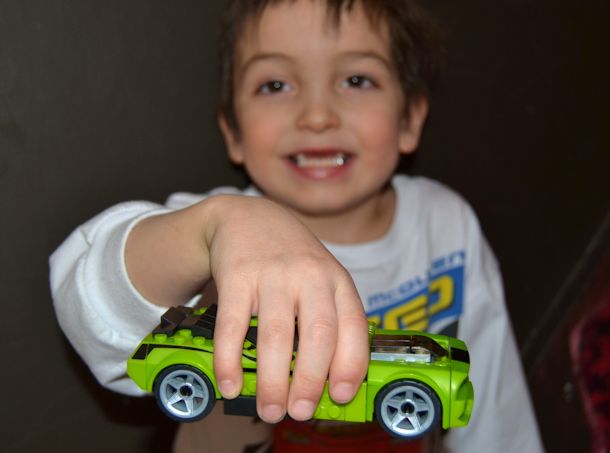 Best of all, the sets are incredibly reasonable with a retail price of just $10.99! And with three fun Hot Wheels vehicles to choose from, your child’s sure to want to collect them all! Find new Mega Bloks Hot Wheels Turbo Tubes at toy stores across Canada so your kids can build and race for hours!