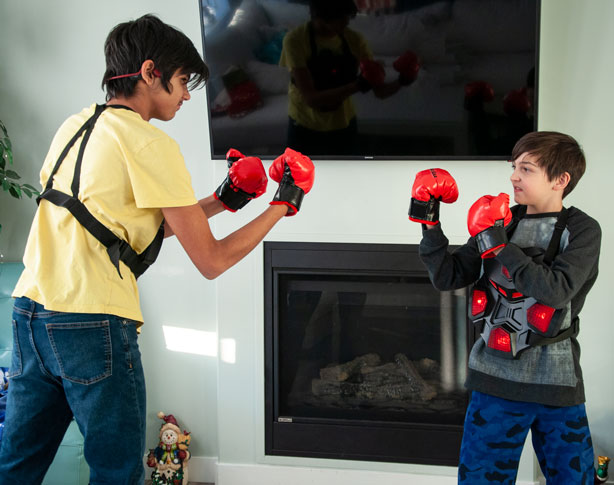 Being stuck indoors so much this year has meant that I’m scrambling a bit for ways to keep my boys active. And now that cold weather has arrived, I’m struggling even more!

Of course, I also want my boys to be having fun as they’re moving. So when Armogear, makers of our favourite laser tag set, gave me the chance to review its new Boxing Battle set, I knew I’d found the perfect way to help get them exercising while having a blast! 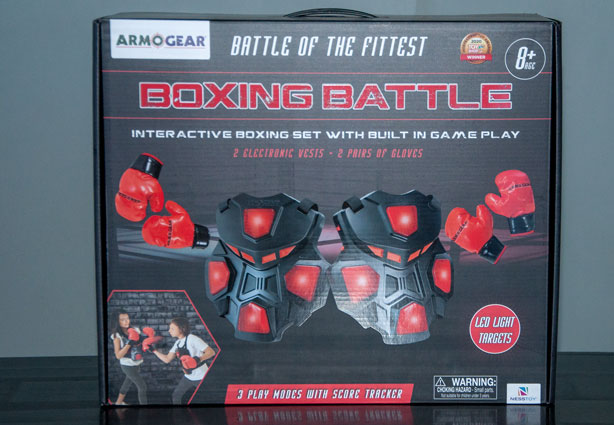 The set lets kids practice their boxing skills in a safe way, thanks to two electronic vests that trigger when pressed. With two sets of boxing gloves also included, my boys had everything they needed to face off in a sparring match.

Padding in both the vests and the gloves ensures that even if a hit gets a little rough, kids are protected. But the best part is how realistic the set is to use, thanks to built-in sound effects and scoring in the vests, powered by three AA batteries! 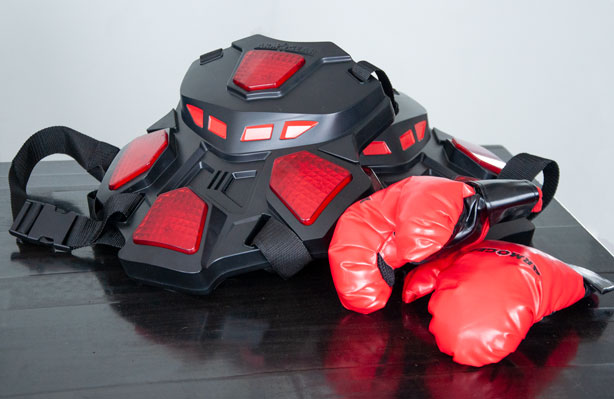 Just like in a real boxing match, the set features a voice recording that announces actions while helping to lead kids through the match. Top that off with music and sound effects, and kids will feel like they’re in the ring fighting for their championship belt!

While my middle son, Benjamin, is the one that will be using this set the most, my husband and oldest son couldn’t resist giving it a try as well. The vests and gloves are designed to fit adults as well as children over eight, so they were thrilled to be able to test out the set. 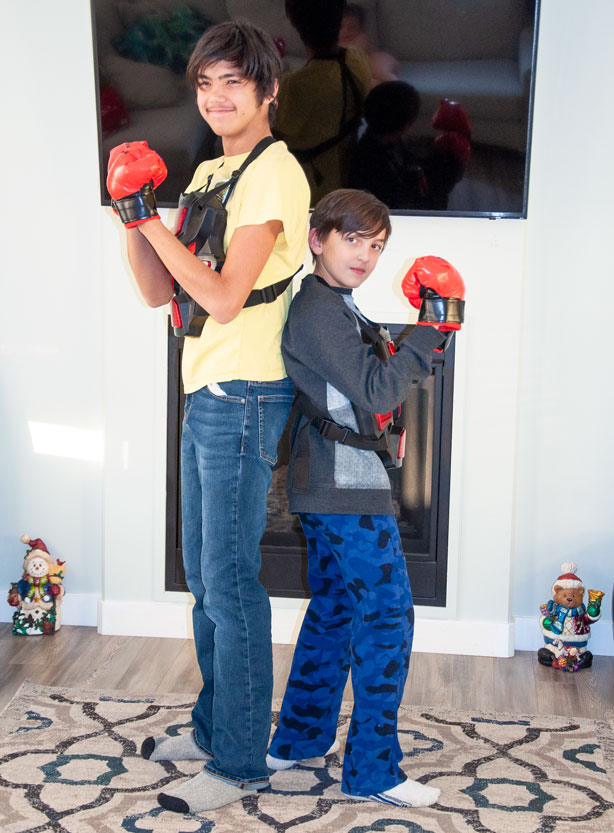 The set lets players choose between training mode, boxing mode and advanced mode when sparring. My husband and son jumped right in and tried out the classic boxing mode.

Once the game is chosen, the vests pair to one another to keep score. The goal? To knock out all four lights on your opponent’s vest. And while the bout only took about five minutes, I noticed both my husband and son worked up a bit of a sweat while playing! 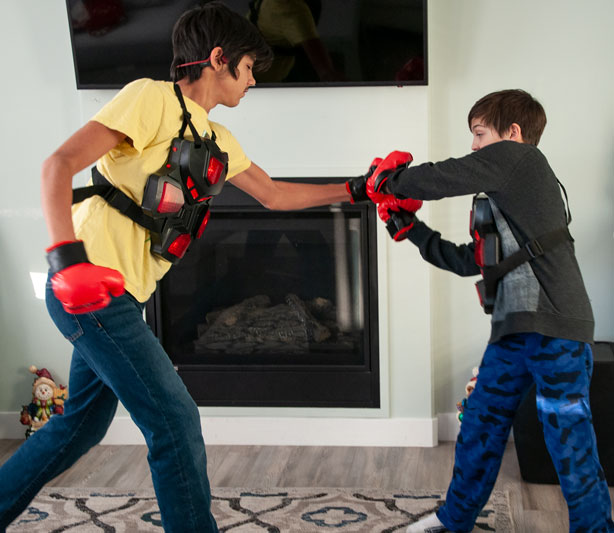 Next, I decided to try facing off against Benjamin. We geared up and synced the vests again. I quickly learned that there’s a fair bit of strategy required when playing; blocking a jab is often as important as making one!

The burst of applause at the end of a bout is a nice bonus that lets the winner feel extra special about their accomplishment. And as an added bonus, it’s also providing indoor exercise! 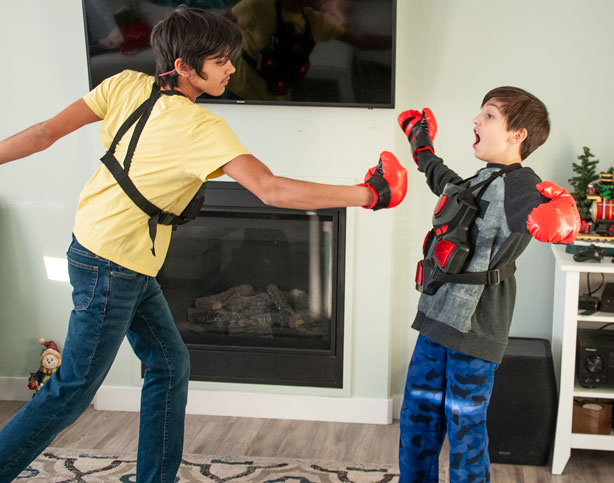 For adults or teens with bigger hands, Armogear also offers larger boxing gloves that can be used instead of the included pair. I loved the fact that the set, while especially suited for ages 8-12, made such a great family activity as well!

Looking for other ways to keep your kids entertained when the temperature drops? Why not set up a dartboard for even more indoor fun?

If cancelled sports and colder weather have left you struggling to get your kids moving, the Armogear Boxing Battle set is a great indoor exercise alternative that’s also tons of fun. Check it out for yourself and let your kids try to win their own boxing title!